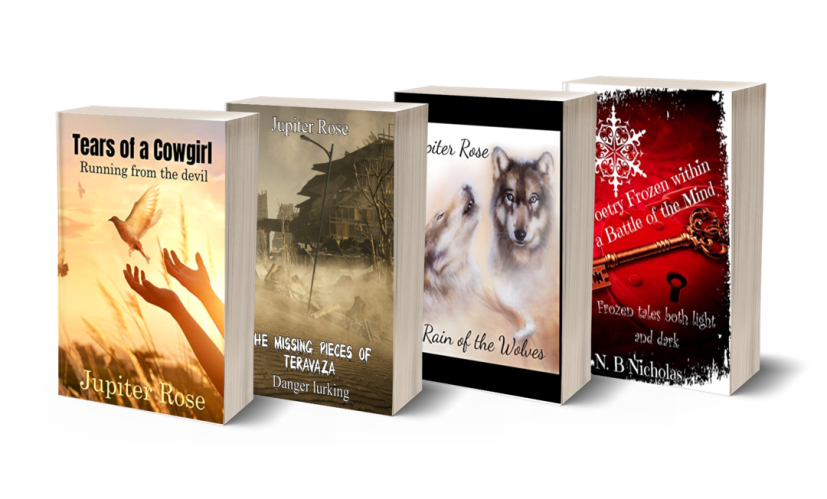 Good morning! I’m keeping it simple today. Anyone who knows me at all knows I just underwent surgery for the gallbladder. My incisions are healing well but I’m having a lot of issues sleeping. It seems my spleen is swelling and hurts like an SOB. I don’t know how serious that is. I won’t know until I call my surgeon this morning.

I’m going to introduce you to my next release. It’s a #paranormal #dystopian #drama

This is chapter one (unedited) It’s being edited now. Soon to be released.

She stood by his body as he took his last breath. Something inside her felt sorry for the man, but this was a war; there wasn’t any time for sympathy. It was her life or his, at least that’s how she remembers it.

Her name is Genavine. She’s the leader of the underground revolution, also known as Gena. Nothing stood in her way; she was out for blood and willing to take it however she had to. She led hundreds of men, most prepared to die for the cause. Her conscience screamed, but a gut feeling told her to keep fighting for the little people who struggled to survive since the government abandoned them.

It had been five years since that day, and people from all over the world banned together. They took it among themselves to destroy anything that stood with regulation or theory. Unfortunately, the government fled instead of fighting back, leaving an endless number of families to suffer through the unspeakable consequences of their actions.

Gena was never one for the rules, yet she believed the government kept their world in perspective; obviously, she was right. She never understood how come they didn’t fight back or why the army didn’t bulldoze their way through, ending it. Maybe they thought it wasn’t worth it, that the people were a lost cause; either way, here she was fighting to protect what she believed in.

Marcus, her second in command, stood by the roof’s ledge. “Not a single person in sight. It’s all’s clear.”

Gena smiled, looking around. It was an older building; it had everything they required. They claimed it as their base when the war began; it was ideal for her team’s safety. The main door was steel with matching bars on the windows; even if they attempted to break the glass, no one could enter without the key.

There were fifty apartments in this building; a couple were used for storage, and a few were transformed into a bunkhouse for singles, but mainly it housed the troops and their families. Some of her soldiers have children, making it even more vital to keep this fight alive.

Some days she wasn’t sure what the fight was about anymore; it was as if the meaning behind it was lost in casting the enemy’s blood. The army that stood behind her didn’t agree; they still fought for reasons she had been questioning lately. Some seemed to enjoy the violence; maybe they had adopted it over the duration. Time in this new world was heavy like steel chains weighing you down. With nothing changing and so much destruction, time didn’t matter, yet it lingered endlessly.

Marcus pointed while yelling. “Here they come! I knew it was too good to be true. This is our territory; we can’t have the looters taking what’s ours.”

Gena spotted the group of strangers; they dashed in and out of places, taking what they could. Once they cleared out the supplies, they’d set the location on fire. Thankfully their building was composed of cement; the only things that would burn were materialistic.

She watched her men burst into the streets to protect what was theirs. She knew at that exact moment that one of the spouses was by the door, locking it to protect the families that remained in the building. Another group was on their knees, praying for the loved ones that bolted into battle.

Guns could be heard in the near distance. Multiple shots were fired through the air. Gena usually was out fighting the battle, but today she was plotting a fight of her own. Screams filled the air as bodies fell to the ground; some injured, others dead; she prayed her men did the killing. Each time Gena prayed, she laughed to herself; old habits are hard to break. It had been ages since she held faith in her heart, for why would a loving God grant so many this horrible life. A life of misery and pain, which eventually ends in a painful death for everyone. Many people died off within the first few months, most from starvation, others from defending themselves; only the strong survive. It’s not just a phrase; it’s the truth.

Alice peered over at Gena. “We need volunteers for weeding today. Everything’s looking fantastic this year, though I hope we get more rain.”

Gena smiled, throwing her thumbs up. “You got it. I’ll delve into it as soon as I go downstairs.”

Marcus stood looking through the scope of his rifle. “Our men are still standing. So far, it’s only the enemy that’s fallen.”

Gena let out a deep sigh, then lowered her head in sadness. “That’s good news. Let’s hope it remains that way. Keep me updated.”

The hallways of the old building echoed from the heel of her boots. She never used to notice factors like that, but lately, she had become fixated on them. There were so many changes from what she called the real world; things everyone took for granted were now a thing of the past. Sometimes they were haunted by glimmers of a memory. Shadows from the past constantly crept upon them, leaving them wishing this nightmare would end.

Her apartment was relatively insignificant; most times, she felt as if a can of sardines had more room. It was home, though; she had made it her own over the past five years. Her windows were covered with a sheet; it gave her a sense of privacy when she was busy planning their next heist. There was a couch and a small table in this one-roomed apartment. She had a shelf of books she managed to gather for entertainment, most from the public library before the people destroyed it. She was proud of her collection yet saddened by the thought that no more would be written throughout time. Gena held a gift within her sight that many have lost since the world changed.

Mike knocked on her door loudly, waiting for Gena to answer. Within seconds he was invited in, and the two were heavy in a discussion.

Gena frowned. “What do you mean there’s no access on the north side of the building?”

Mike shrugged. “That’s what they said, but here are my thoughts. If we go to the West, there’s an old entrance through the basement; we can enter there. I heard they used to keep supplies in that storage room there. It’d be worth the look, don’t you agree?”

Gena took a deep breath. “That’s brilliant. Yes! Have the men ready first thing in the morning; we’ll go in at the first sign of light. We need to stay ahead of the others. We wouldn’t want the supplies we require to fall into their hands.”

Mike rose, walking towards the door. “I think this is it; we may have found the mother lode of supplies. If this is what I think it is, we’ll control this district. Our families will have reserves for quite a while.”

Gena undid the laces in her boots, allowing her tired feet to rest. “I hope you’re right. It would be nice to know that the security of our team was taken care of for a while. Unfortunately, I need to get some work done; I’m working on a new mission for this team. Shut the door on your way out and keep me updated, for God’s sake. I have wished for nothing but peace for this horde of soldiers. I’ll be dammed if I miss the moment that happens.”

Have a beautiful day.

4 thoughts on “Simple Saturday… is anything ever truly simple?”